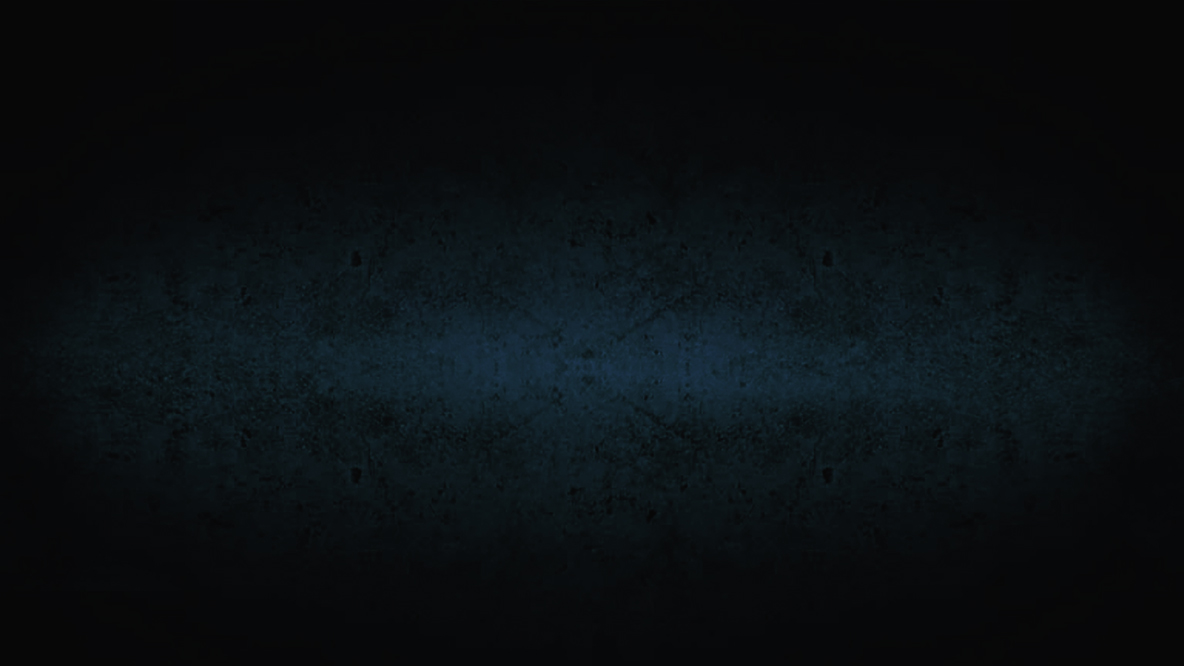 In 2002, probably in May, George Ilyin came to Serbia from New York for the first time in 14 years. He called me on the phone from the Belgrade Railway Station ... I told him to wait where he was, I got in the car and picked him up from the plateau in front of the train station. It was evening ... around 10.30 pm. He was delighted to see the streets full of people .... The American media campaign obviously imposed a wrong impression of Serbia and it’s everyday life on George. One part of the attic on Dorcol, where I lived at the time, was not finished, so we retired there after I served him food, and after I introduced him to my wife (now ex-wife) and my daughter. I let him hear some of my music that I composed after our period of playing together. I always had a beer at home, so even at that time ..... it was a lot ... I don't remember how much we drank and what happened in the morning ... he probably went to see his girlfriend (today’s wife of his) and in the evening we they met again with our bassist Dule Cucuz. And again until the morning ... we talked about everything that happened to each of us after leaving the band T A K O, the never-ending story. We talked, cried, hoped that better days will come... for our cause, for our music. On the third day, we met in Šumatovac ... a legendary tavern where all musicians, actors, journalists and everyone involved in the so-called public life have been visiting for decades. We got stuck again ... all day ... I remember George had a deal with a girl who didn't obey for our own good and had to come get him. We saw each other once or twice while he was here.

The talk was mainly about Rocksymphony CDs from Brazil, which were created by the fraud of Thomas Werner (owner of Kalemegdandisk), who forged the contract we signed for him for 2x2000 copies of the vinyl release in 1993 and all possible variants of the same. George gave the impression that our long-term membership in the TAKO group had established more serious relations between us than it seemed at the time when we played together. The time that has come has shown the real relationship between the members of the group TAKO. After a few months, at the end of December 2002, George came to Belgrade again and we saw our three friends again ... without a drummer ... he had health problems and was hospitalized then. Again, we talked extensively about things about vinyl and CD reissues and our attempts to influence that illegal trade. A little timid and without too much optimism, at one point I made the argument that, as such, we should record a third album because I had got a green light from a great European publisher. Both Dule and George accepted it with serious enthusiasm and showed their good will. When George left, Dule and I agreed that we would start working and send him the initial versions in MIDI format, and then we would exchange and agree on the basic issues, and when it was over, we would enter the studio in a month of arrival. Since we knew that George had a lot of responsibilities in New York, Dušan Ćuzuz and I were in no hurry to start working on new songs, but after three or four months we started meeting at my place in my studio. 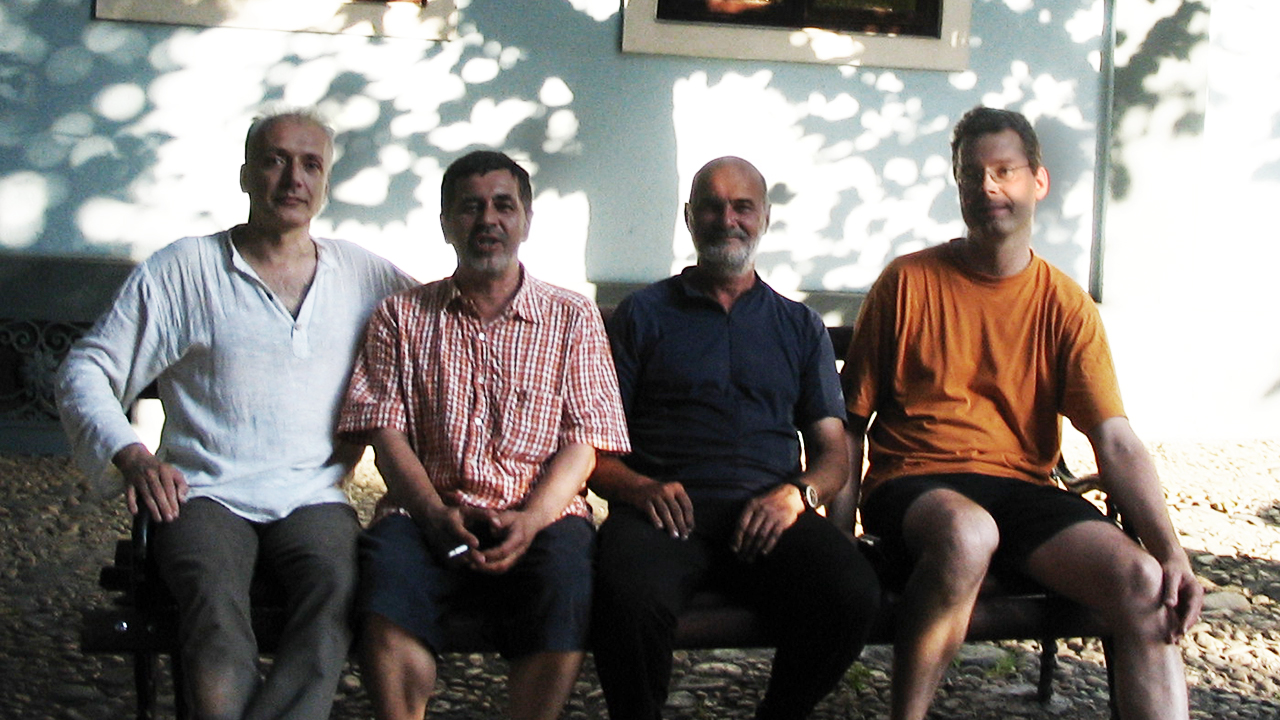 Miro Di Ghaesa ,George Ilijin ,Dusan Cucuz and Thomas Werner in oldtown of Belgrade summer 2005.The day the idea for the third album of the band T A K O died after three years.

Dušan came with his bass guitar and I had a complete studio equipment at my home. At my insistence, we first started making compositions made by Dušan. They didn't have names, so I registered them as Duka01 and Duka02, and by the end of May 2003, we had created a package that George could use to upgrade. I packed up and sent the mail to George. Time passed, and there was no answer. After three months, I sent an email to George asking if he had opened the mail and what he thought of the material we had sent to him. He replied that he did not open because he was too busy and that he would open at the first opportunity. The same thing happened a few months later. When asked if he found time to look at what they just sent him, the answer was the same. We didn't see each other in June 2004 because he went to Greece for a summer vacation, so he just passed through Belgrade, but we occasionally exchanged e-mail correspondence. George was seen to have many responsibilities and perhaps problems in New York. Life went on and the idea of ​​TAKO's third album didn't fall into the background, we just waited for George to let go of his responsibilities and move on. I had several compositions set in a serious phase and I assumed that George had the same, Dušan Ćućuz had two more compositions to work on, and I would be optimistic about the realization of the album. Time went by and George finally announced that he would come in June 2005.
In the first days of June 2005, George Ilijin came to Belgrade and met with Miro Di Ghaesa and Dušan Cucuz. Thomas Werner, who came to Belgrade for the EXIT music festival in Novi Sad, was in the company. We were at a restaurant in Skadarlija. the bohemian part of Belgrade. We exchanged information about what had happened to us in the last year ... George Ilija about his work in New York, Dušan Ćuzuz about his music business and Miro Di Ghaesa about his work in music studios. It was a sunny day ... we were sitting outside drinking beer .... After a while, the topic of working on the third album of the band TAKO finally came to it’s spotlight. George stated the fact that he had a problem with that and that he will not be able to engage around the third album for a long time. He said he would really like to start working on the album, but he couldn't because he had too many obligations in New York and he even suggested that we do it without him. It wasn’t something that interested the other members of the band, so that was the end of the idea of ​​working on the band’s third album. With the suggestion that the other members of the group record a new album as T A K O, George suggested that the recordings from the old two albums be divided by authors, so that everyone could do what they wanted, which was unacceptable to the others.
At the end of the meeting, which, of course, lasted a whole long afternoon, with a few mugs of beer, Miro Di Ghaesa asked George Ilijin and Dusan Cucuz if he could record their compositions from the album TAKO in the future, if he was in a position to do so. They both stated the approval of Miro Di Ghaesa recording freely whatever he chose of their compositions. It is an interesting fact that Dušan Ćuzuz does not remember that part of the conversation today, so there are parallel memories of that meeting. However, there has been no meeting with George Ilijin since then. We had a few more contacts via email and a couple via Messenger and they were related to attempts to share songs from two albums of the band T A K O again.